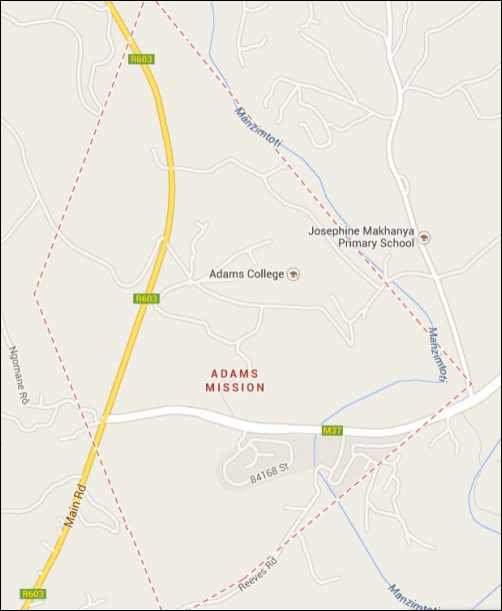 Adams Mission Paralegal Office is a settlement situated on the west of Amanzimtoti and South of Durban.  It is a peri-urban area.  The office was established in 2002 and in 2005 the office was closed.  And in 2008 Ms Nobuhle Mbili who had worked in an advice office before with another organisation volunteered herself to work in the office and was subsequently employed.  Since its inception the office deals with the following cases:

The office also does community educational workshops which deals with human rights and socio-economic rights topics.

Ms Mbili started as a volunteer in 2005 at that moment the advice office was temporarily closed.  In 2008 she was given a chance of obtaining a National certificate in Paralegal practice through Sasseta initiative at Boston College in Durban.  This was obtained in 2010.  Prior to the National certificate, in 2002 Ms Mbili took part in the Paralegal training programmes at the University of Orange Free State with the Centre for Human Rights Studies at the Faculty of Law where she obtained a certificate.